Echoes of Albion is a strong mix of Celtic folk and good-old fashioned blues!

For us here in the British Isles, this album is a chance to explore some of our roots, both musically and historically. For other countries, especially if you've got Celtic ancestors, it's an opportunity to travel to a different part of the world as well as back in time!

There are 11 songs on this album, from the three peaks of Snowdon, Scafell Pike and Ben Nevis to ancient Celtic sacrifices. From the Roman Invasions to the signing of the Magna Carta. I even delve into the last hangman in England, and I explore the cultural uncertainty of the son of a Pakistani immigrant here in Leicester.

The past contains lessons that we really need to learn - some of these songs feel SO relevant today. 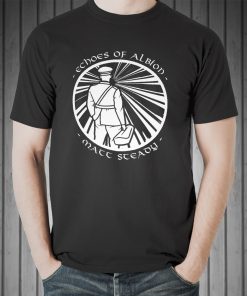 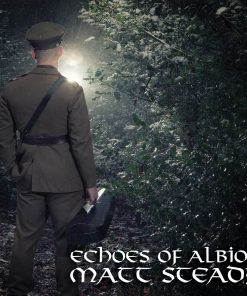 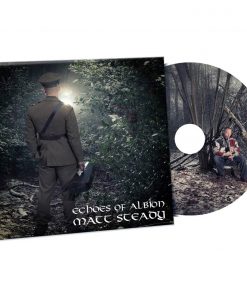 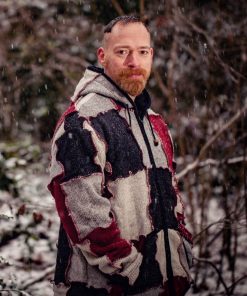 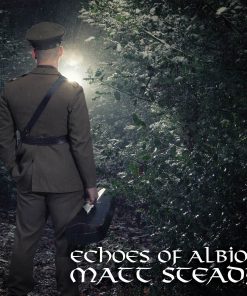 Over the last few years, Leicester’s Matt Steady has emerged as a poster boy of the internet orientated independent music scene, being held up as an inspiration by many music business podcasters. His latest long-player Echoes Of Albion is a concept album taking the listener on a bittersweet tour of Britain across time – this is inventive folk rock evoking the sardonic narrative style of The Men They Couldn’t Hang with shades of Roger Waters and Tom Robinson also coming through.

In the context of what is to come, Green Man comes across like an overture as Steady muses on how the ancient spirit of our island is destined to bookend the destructive aberration of civilisation. What follows is a sideways look at many familiar landmarks – The White Cliffs Of Dover become a symbol of conflict and war (“no safe landing here”) while Hadrian’s Wall speaks “more of fear than authority”. Other locations range from the evocative (“The most important shot I took, from the top of Sarum’s Hill…”) to the mundane oppression of Narborough Road, leading to the proud mountaineering metaphor of The Three Peaks. “This route will not humble us”, Steady concludes, “We will never bow”.

May the Echoes Of Albion echo with pride!

Read more at the MABNO blog!

They say your best friends are also your biggest critics, so before reviewing Echoes of Albion, I am going to declare an interest. Matt has become a great friend and supporter of my own music over the last few years, so normally that would put me into the camp of the ‘biggest critic’. That I find after several listens I can’t be is testament to the quality of the songs on the album and to Matt’s musicianship.

In spite of the fact that he draws influence from a range of genres, Matt’s music remains quintessentially English, and is underpinned by his love of acoustic instruments. The genius of this album is that there isn’t one song that wouldn’t also work just as well played on an acoustic instrument in a wood or meadow. It’s hard to pick and absolute favourite, but for me The White Cliffs of Dover would be up there, so too Aberdour, so reflecting my personal preference for Matt’s folkier side. Aberdour especially is a beautifully delivered song in every respect, but then I’m a sucker for the Uilleann pipes!

Echoes of Albion is by no means an acoustic album. In places it rocks, and manages to accommodate elements of progressive blues rock, without ever imbalancing its overall mood. This is an earthy, moody, lyrically intelligent album, and has a positive, uplifting feel to it. It carries sounds and atmospheres that evoke a strong connection with the past, and Matt’s knowledge and love of history.

So here I am, feebly attempting to play Devil’s Advocate or offer some kind of critique, but I think this might be Matt’s best work to date. So this ‘biggest critic’ is won over. Sorry Matt – no complaints here!!

I really love the new Matt Steady album "Echoes of Albion" the only thing I don't like about it is that I can't decide which song is my favourite. My top four songs in no particular order are Narborough Road, Aberdour, Boudicea and The Green Man. But all of the songs are mind-blowingly good! It's a very well pieced together album. Can't stop listening to it.